The Princess Royal has visited members of a unique group of charities who collectively provided over 400,000 meals to people in need on Canvey Island, Essex, during the pandemic. The St Vincent de Paul Society (SVP) of Canvey Island were also presented with the Canvey Island Town Council’s Community Group of the Year Award. 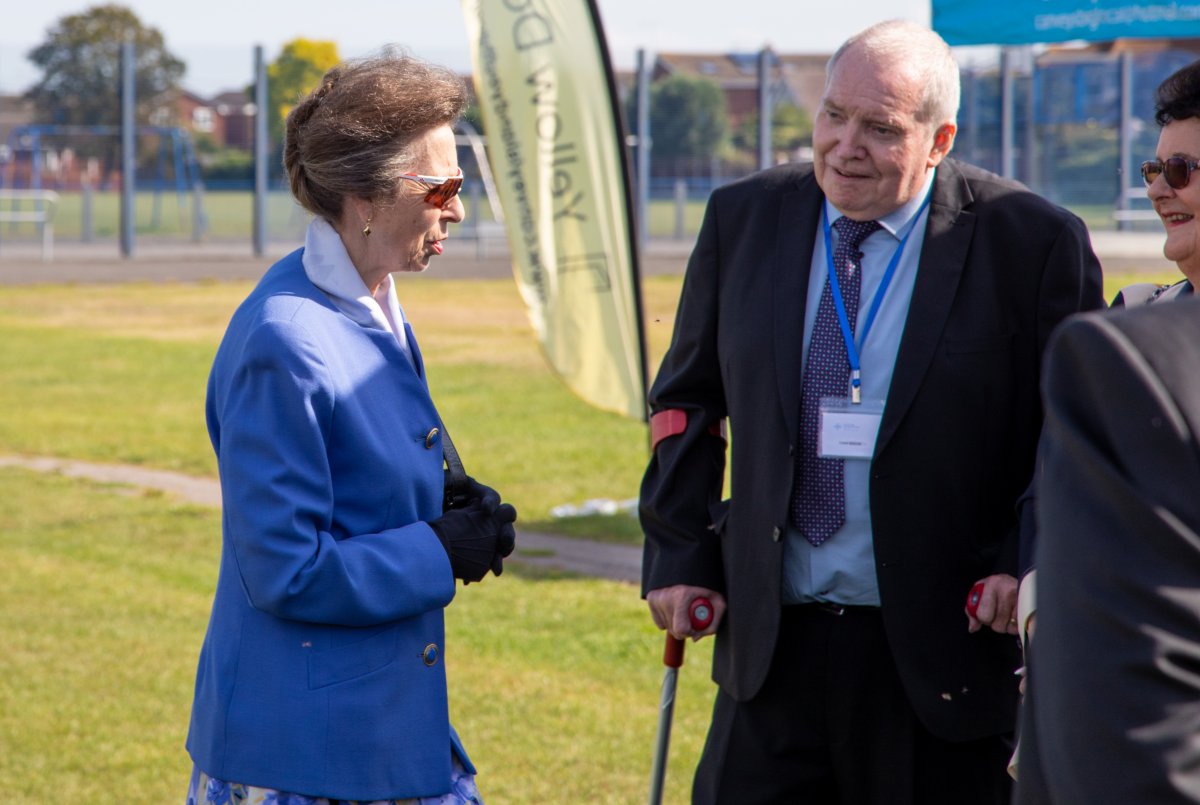 Local SVP group president Tony Roche, who was presented to HRH Princess Anne at an event organised to celebrate the group’s remarkable achievement, said: “This was a lovely way of saying thank you to all the people who have had a hand in this amazing operation.”

The coordinated effort began before the pandemic struck in March 2020, when Tony realised that the local foodbank would be closed during Christmas. A small group of charities was formed to address this situation and provide food for those in need on Canvey Island.

The group included international volunteering charity the SVP, and Yellow Door, an independent charity supporting young people. However, when the pandemic hit, the small group had to supercharge their efforts to provide meals for the growing need on the island. 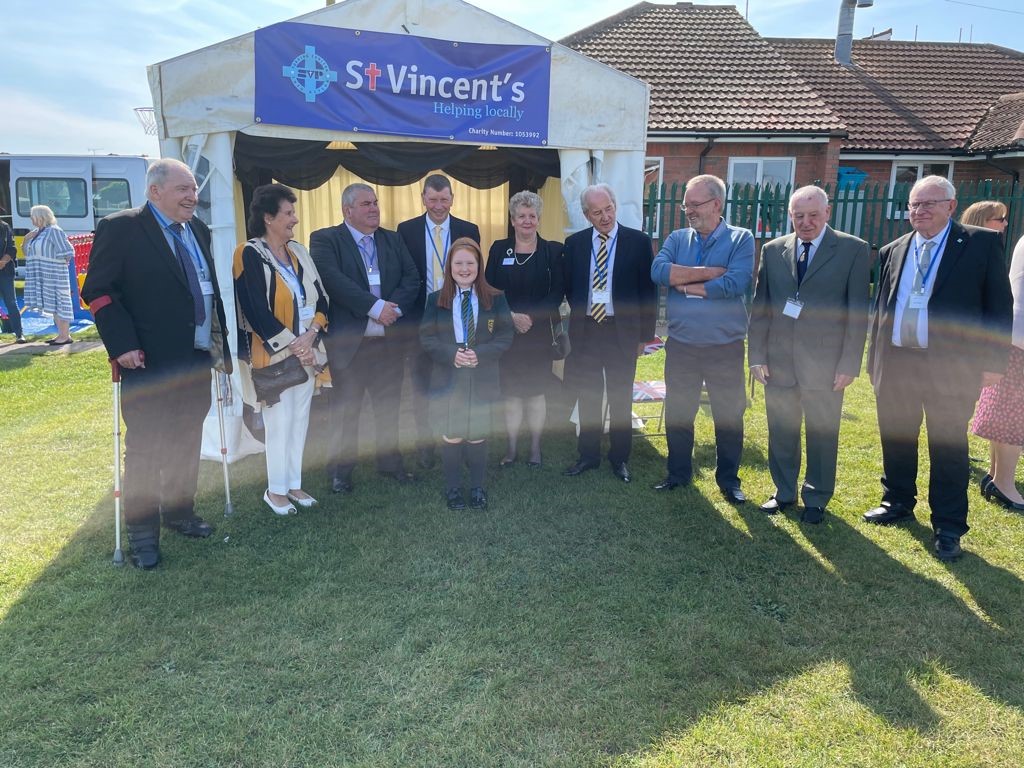 From his spare bedroom, Tony, who himself had to shield during the pandemic, began the task of galvanising the group of charities to feed the many vulnerable families on the island. Local patient transport charity Wyvern Community Transport provided the logistics to move food around from local supermarkets, Morrisons, Sainsbury’s, the Co-operative and One Stop, who provided tonnes of food every week for the initiative.

There was also support from Omnino Restaurants whose outlets in Leadenhall Street and St Paul’s in London had to temporarily close under Covid restrictions. Restaurant owner Ruth Cezar and husband, chef Eduardo Barsotti, cooked over 700 hot meals in the family kitchen at her house on Canvey Island. Ruth said: “It was an honour to cook meals for the community from March to June during the first lockdown. We served around 700 hot meals in partnership with the SVP.”

“It was just wonderful to see people who have worked so hard for the last 18 months to support their local community get recognised at the very highest level. This group of people has done a fantastic job. They have found amazing ways to help their community. They brough four charities together and had a massive impact.” 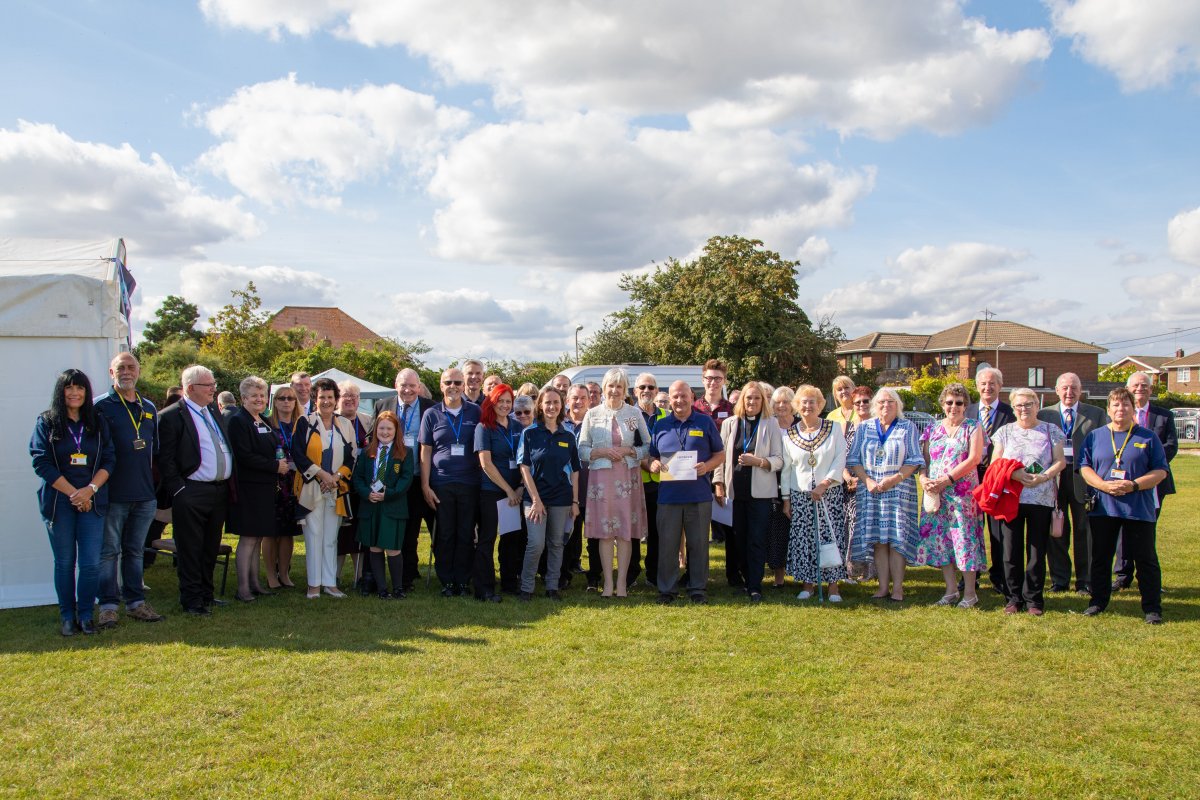 Following the lifting of Covid restrictions in July, the multi-organisation, multi-faith group has scaled back the operation slightly. However, the SVP still coordinates the food donations programme on Canvey Island which sees in excess of three tonnes of food per week delivered by the newly acquired SVP van to the St Vincent’s centre in Southend-on-Sea.

The donations are then sorted into food parcels and delivered around the local area and taken back to Canvey Island to be distributed to those in need.

The Princess Royal left the event after being presented with a bouquet of flowers by Tony’s granddaughter Amelie Merrick of St Joseph’s Roman Catholic School Mini Vinnies.

Tony’s wife, Frances, said: “I can’t tell you how much of a unique operation this was and how proud I am of this group, everyone was incredible. To see the whole operation laid out before the Princess was a fantastic moment.”

SVP President Helen O’Shea concluded: “This group lead by the wonderfully humble Tony Roche has come together in the most incredible way to feed those in need in their community. By working together, charities, religious groups and residents of the island, they have achieved something quite remarkable, and quite beautiful.”