Following rehabilitation for drug and alcohol addiction, Nick decided that he wanted to volunteer to “give something back”.

Nick says volunteering with the SVP literally saved his life. Nick has been helping out at the SVP’s Sheffield Furniture store for over ten years. As a young lad, he would pinch bottles of his grandad’s homemade wine and was a serious drinker by the age of 9. By the time he reached his twenties he was an alcoholic. When his doctor gave him three months to live Nick realised he had to do something about his habit. He entered rehabilitation for drug and alcohol addiction and emerged from rehab with nervous anxiety and depression. He found himself having to put his life back together from scratch with very few resources. He was given an unfurnished council flat, but without any financial resource, he had no means of buying himself a sofa or a bed.

It was then that Nick had his first encounter with the SVP. The Sheffield SVP Furniture Store stepped in and furnished his flat for him. Nick felt that he wanted to “give something back” and once he had settled into his flat he began volunteering with the SVP.

For the past ten years Nick has spent three days a week making up packs of cutlery, bedding, and emergency supplies for people just like he was, having nothing to live with at home.

Nick says he used to love art but over the years of alcohol abuse he found he could no longer motivate himself to draw. Recently, as a sign of his recovery, he’s started picking up a pencil again. He says that because he’s “a bit of a recluse” his drawing gives him solace and helps him to enjoy his own company.

Being a loner hasn’t stopped Nick making friends at Sheffield furniture store. He says that often when he’s having a cigarette break he will chat to people on the street, relating to their experiences. His own past suffering has given him compassion and understanding. Nick says: “You’re giving people a start in life. It’s nice to know that there are people I can make a difference to. The smiles on their faces when I go in their house lets me know I’ve helped them – the furniture is second hand but it’s a starting place.”

During the Covid-19 crisis some of the ways we operate have changed:

Do you need help? Visit Request Help and complete our online contact form.

Would you like to volunteer with us? Visit Crisis Help to learn more. If you need to call us, click here.

Would you like to support our work? Donate to our Covid-19 Emergency Fund.

As part of Government guidance to ease restrictions we have carried out risk assessments for our current sites and services. 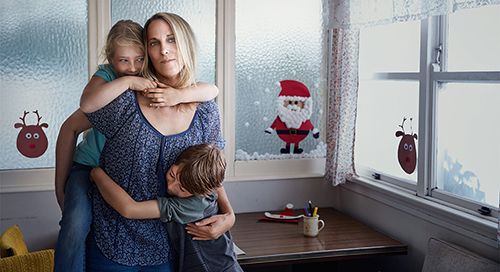 We rely on the generosity of people like you to help those in need.

Donate today. During the Covid-19 crisis, your support is needed more than ever before.