Our Vision, which is inspired by Christ's message to love our neighbour as ourselves, is for individuals and families who are in any form of need to have hope together with a sense of dignity, worth, well-being and peace of mind.

Our Mission is to seek and find those in need, to help them in a spirit of justice and to tackle the causes of poverty where we can. We do this:

As members -
in our active membership of local groups, through which we befriend and offer support, within our means, to any person in need.

As staff -
through working in or supporting projects indirectly that provide services to those in need and supporting the members in their work.

As a Society -
by working together to provide a national, and international network of support; by providing a range of projects which address particular needs for those who are economically disadvantaged and by working together with other Vincentian groups to raise awareness of the level of need and the causes of poverty.

Compassionate
We aim to show a compassion that is non-judgmental towards those with whom we work.

Respectful
We respect the dignity of all in the knowledge that we are all equal.

Generous
We aim to be generous with our time, our possessions and ourselves in the service of others.

Responsive
We aim to be alert to the ever changing needs in the communities in which we work and to respond accordingly in order to alleviate poverty in all its forms as well as we can.

Accountable
We recognize our accountability to those we seek to help; whilst acting within the limits of our own knowledge and skills.

Confidential
We respect the confidentiality of those we help, whilst recognizing that the physical and mental wellbeing of any vulnerable party must always be paramount.

The Society was founded in 1833 by a group of students in Paris. They were challenged to serve the poor of the city and inspired by the example of St Vincent de Paul, they served the local population face to face, as part of their spiritual formation. In 1844 a group of men came together in London and started the first group in Britain.

St Vincent de Paul
Born in 1581 in Gascony, St Vincent de Paul studied for the priesthood and was ordained in 1600. In 1617, two events changed his life. After hearing the confession of a dying man he resolved to preach the Good News of Christ’s promised redemption, and later that year after appealing for help for a poor sick family he saw many local people bringing them aid. This inspired him to found the Ladies of Charity (AIC), who were devoted to-person-to person help. Many other Vincentian organisations followed.

1833 First Conference of St Vincent de Paul
The organisation started as a debating society, led by Blessed Frédéric Ozanam, called a Conference of History. Its members were committed Catholics who found themselves defending the Church against accusations of always backing the rich and powerful. Following taunts of “call yourselves Christians, what do you care about the poor” they realised the taunts had some validity. They resolved “there has been enough talk, it’s time for action” and went out into the streets and with the help of Sister Rosalie Rendu, a Daughter of Charity (a religious order founded by St Vincent de Paul and St Louise de Marillac) brought material assistance and listened to the needs of those in living in poverty.

1844 First Conference in Britain
A friend of Frederic Ozanam studying in Paris was George Wigley, who was born near Manchester but brought up in Boulogne after losing his parents. Wanting to start a Conference in England, Frederic advised him to write articles for magazines. Helped by Fr Ignatius Spencer CP, (Winston Churchill’s great uncle and great-great-great uncle to Diana, Princess of Wales) they published articles about the Society in The Tablet.

In January 1844, several Catholics met at the Sabloniere Hotel in London and agreed to form the first Conference in England. An inaugural meeting followed on February 12th.

Frederick Lucas, the Tablet’s editor, was elected President, but declined. Charles Pagliano, the owner of the Sabloniere, was then elected. By the end of 1844 four Conferences had been formed in London and they quickly spread beyond the capital. Today there are over 1000 Conferences in England and Wales with almost 10,000 members.

We are most grateful to Sr. Ellen M. LaCapria, Daughter of Charity, for the use of her painting of Blessed Frederic Ozanam at the top of this page

Can you help us Rise to the Challenge? 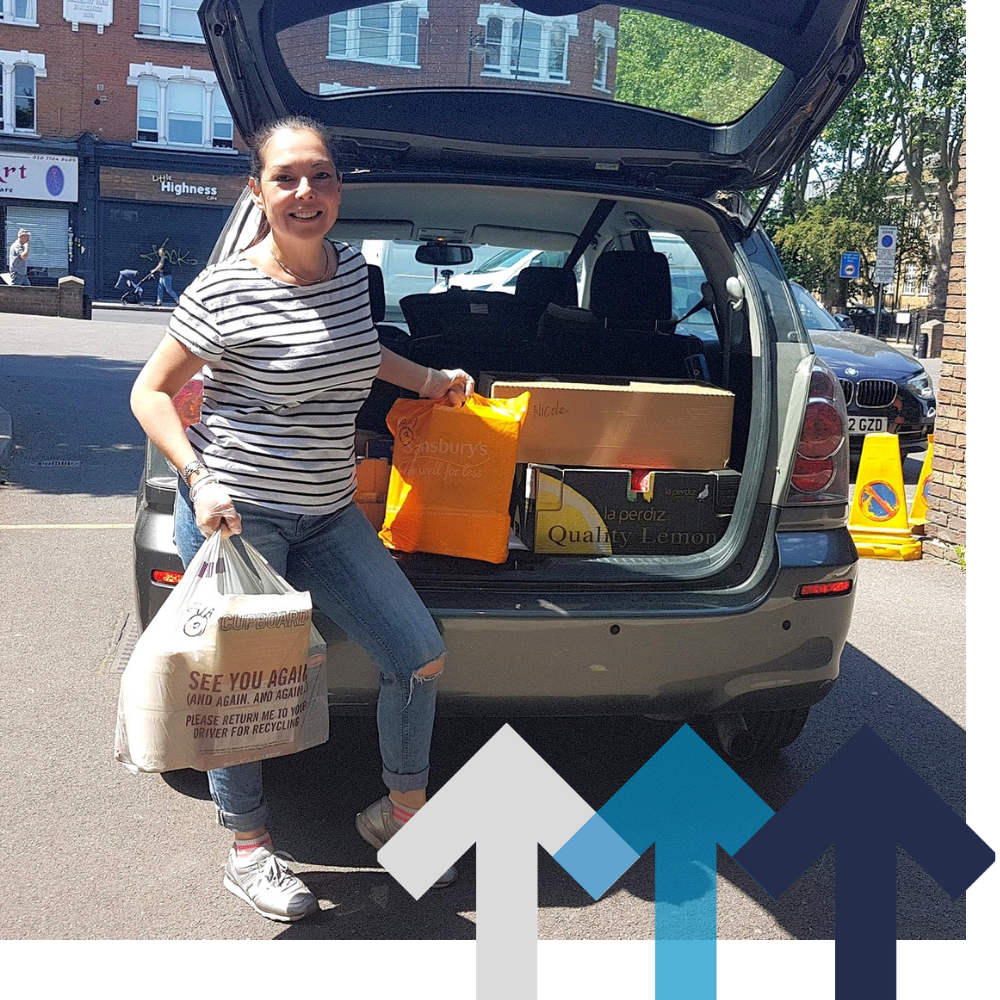 From September, take on a challenge to raise vital funds for the SVP Covid-19 Recovery Programme which will support our work now and into the future. We have plenty of fundraising ideas and downloadable resources to help you get started with your challenge!

Other ways to support us

Do you need help? Visit Request Help and complete our online contact form.
If you need to call us, click here.