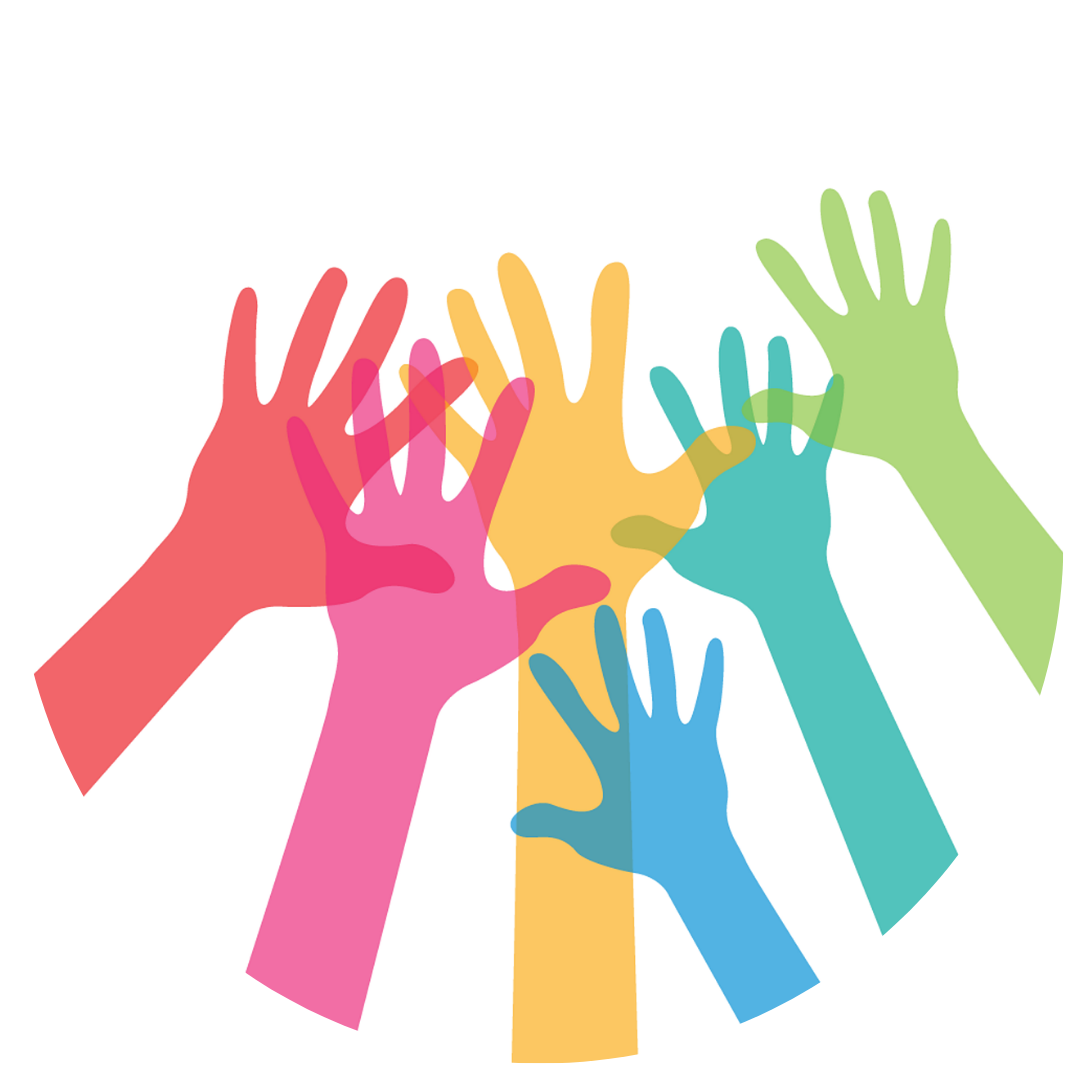 It’s like waiting for a tidal wave to hit. You know what’s out there. You can prepare for it as much as you can, but you know that you’re facing a force which dwarfs you. That sounds dramatic, but that’s what mental health services are facing right now. The situation was precarious before Covid arrived, but three lockdowns in the space of a year have potentially tipped the balance and we face a catastrophic legacy of mental health decline.

Covid is an unprecedented threat to our way of life, but during the pandemic it has been the older generation which has perhaps been hardest hit, physically, but also mentally.

Over the past year, the St Vincent de Paul Society (SVP) has demonstrated an unfailing determination to support older people across the country. At Tower House in Brighton, which is one of many centres across the country run by the SVP supporting local needs, we have had to close during lockdowns, which has obviously affected people who rely on us for support with dementia, companionship, engaging activities and practical help with everyday life.

However, we have adapted, offering support in new ways so we remain the cornerstone in the lives of those we help. Under lockdown we send out food parcels and activity packs, and we keep in contact with regular phone calls. Older people rarely tell you what’s concerning them because they are from that generation which believes they shouldn’t moan, but instead just ‘get on with it’. However, clearly they are suffering. We have seen people showing signs of weight loss, diminished mental capacity and some become introverted or develop social anxiety.

Those showing the biggest decline in mental health are people with dementia, because they are usually quite sociable and often don’t understand why the restrictions are in place. People with dementia need day-in day-out routine so they can remain connected to the world. Once you get depression on top of dementia it’s catastrophic, and those suffering can go downhill quite rapidly.

The effects of the Covid-19 pandemic on mental health

Complicating the current situation further is the fact that dementia isn’t just one condition but can take many different forms. The most common is Alzheimer’s, but vascular dementia and Lewy bodies (clumps of protein which form in the brain causing problems with the way the brain works) are also relatively common in older people. The different types of dementia will affect people in different ways, as will other things such as someone's personal circumstances, the people around them and the environment in which they live.

With healthcare services approaching critical mass, the level of care for older people is currently less than ideal. Additionally, isolation means many are not being diagnosed with other health problems, which adds to anxiety levels for individuals and increases the weight of work for healthcare professionals already functioning at maximum capacity when patients do finally present themselves.

Professional carers are still visiting older people, but they don’t have a lot of time with their clients. Once they have organised food, made a bed, helped with dressing, or performed one of the myriad tasks they are required to do, they often don’t have time for a chat.  Because of the high risk of infection, carers will also be wearing PPE; mask, gloves, sometimes scrubs, which can be intimidating for someone more used to a chat over a cup of tea. All this creates a barrier to interaction and can push up anxiety levels and feelings of loneliness.

It’s also hard to ignore the death toll among older people from Covid. Many of our more senior citizens will have experienced bereavement during the past year and will have been forced to endure the tortuous route through grief alone.

Another area seriously affecting older people during lockdown is digital poverty. Many over 80s do not have access to the internet, yet even those who do are not able to use the hardware or software available to them. The cost of getting online can be also prohibitive for many people on low incomes. Internet providers rarely offer short-term deals and older people generally don’t want to set up a two-year agreement with the accompanying significant monthly outlay. Whatever the reason, those who cannot access the internet are denied a means of communication with the world outside their door, further trapping them in an isolated and lonely state.

For so many older people stuck at home, the television provides relief during the hours spent alone, however we have noticed that some tend to watch endless news reports on the devastation caused by Covid, which can often be the source of further anxiety and fear.

The scale of the mental health situation in this generation is overwhelming, but there are ways to address the issues our older people are facing. It’s in the small, random acts of kindness where we can all help.

Loss of human interaction is one of the most serious problems older people face in lockdown and it is one of the main drivers of depression for those spending long tracts of time alone. As a grassroots organisation, the SVP has always seen befriending as one of the most important things we, as Vincentians, can do for someone who needs our help. It shows unity, kindness and compassion. If you know someone is lonely, give them a call. We find most older people prefer to use the landline. Alternatively, write a letter or a postcard. Some SVP volunteers have even delivered afternoon tea in a box for an older neighbour. For a lonely person, these small acts of kindness can make them feel part of a community.

Similarly, if you have an older relative, don’t assume another family member is keeping in contact with them, they may believe the same of you, with the result that an older person is unintentionally ignored. If you can, make a phone call a regular event. It will be something you will both look forward to, and soon become a high point in an otherwise dismal and boring week. Take a break from the endless Zoom calls and messaging and have an actual chat - you'll find that older people are masters of the lost art of conversation.

Spending hours, days, weeks alone can take its toll and boredom can quickly turn to depression. For many of our beneficiaries at Tower House, we provide books, artist materials, puzzles, jigsaws and a host of other mind-engaging activities. We are all at home for long periods, so why not have a clear out and take unwanted items, such as books and puzzles, to an older person. Just remember social distancing, and if possible call ahead to let them know what you are doing and that they are okay with it.

We recommend that older people should continue to do what they would usually do, bearing in mind government regulations. Keep to a routine. Do some stretching or gentle exercise. Put on make-up, dress as you would normally. All this adds points to the day, generating routine.

Once the lockdown eases, another problem will undoubtedly surface. Spending months alone with limited conversation and interaction with people, many older individuals can become agoraphobic. They no longer see themselves as part of a wider community, and often feel their opinions are not worth sharing. They withdraw into their enclosed world, where it feels safe from infection, and where they don’t need to remember how to interact with others. To combat this quite natural feeling requires gentle reassurance, and a slow and patient approach to re-learn how to be confident in larger groups. We saw examples of this after the first and second lockdowns but were lucky enough to be able to run smaller outside tea parties and limited activities at Tower House which really helped guests stay 'connected' while staying safe.

“It’s very easy to think that when it’s safe to do so, we’ll all be out and about again straight away, but I think it’s going to take a while to get people used to that. The people most likely to suffer are older adults who have got used to self-isolating.”

- Dr Adrian James, president of the Royal College of Psychiatrists

It’s easy to be overwhelmed when looking at the wider picture of the older generation’s mental health, but as with any problem, breaking it down into simple acts of kindness is a great place to start.

Getting older should be something which we all look forward to - a time to savour memories and friendship, to finally become one's true self. In the modern world we are obsessed with youth and yet we (paradoxically) aspire to a long life. If we truly start to nurture and appreciate our older generation for their knowledge and wisdom, we might be able to prevent the tidal wave of mental health conditions hitting our shores and build a better future for our future selves.

For more information or to donate to the SVP’s Rise to the Challenge campaign, go to www.svp.org.uk/rise, @SVPEnglandWales (#SVPRiseChallenge) or telephone 020 7703 3030.

Support our Covid-19 Recovery Programme and help us reach out to more people facing loneliness, poverty or the threat of homelessness across England and Wales.

During the national lockdown, we are still here to help. If you need to get in touch, please contact us or request help.