Awareness Month provides a timely opportunity to celebrate and reflect on the SVP’s achievements, the wonderful people associated with the Society, and the transformative power of kindness.

September is also a time to remember and acknowledge the life and legacy of an influential figure – the Society’s patron saint, St Vincent de Paul. However, it is also a time to take stock of our task, which, in a world reeling from a global pandemic, can seem overwhelming.

Awareness Month should also be seen as a celebration of the perfect circle that is charitable giving. From the desire to give back and ‘do good’, to realising that vision through an act of kindness, and finally feeling the sense of fulfilment and joy giving brings. Giving back is also an entirely symbiotic experience; the recipient gains support and a sense of empathy, while the person giving support gains a feeling of well-being, however both share empowerment through the transaction.

A lesson from the past 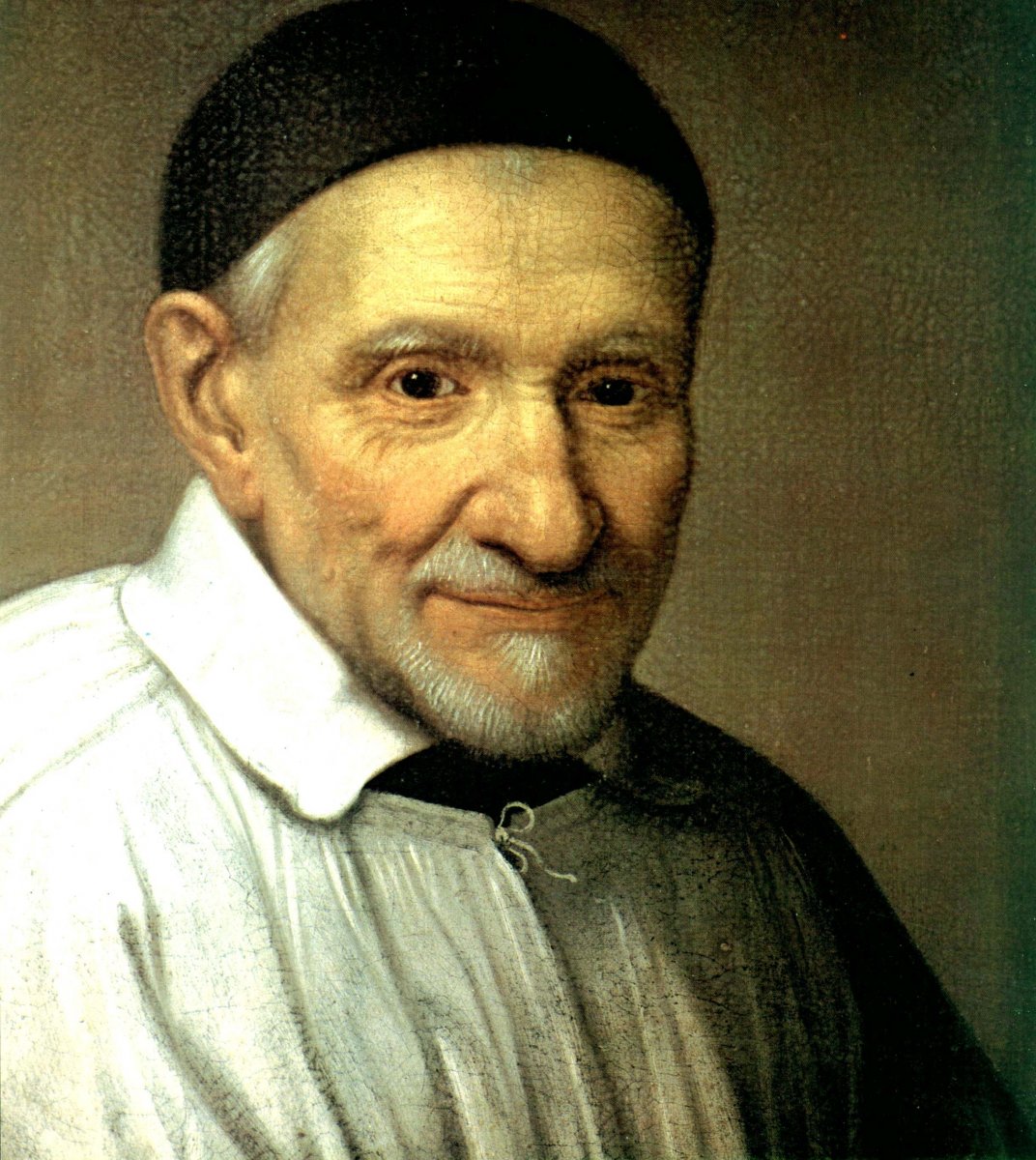 The Society’s eponymous saint, St Vincent de Paul, was a driven man. He was an eloquent speaker, a highly talented organiser and a skilled negotiator, but he was first and foremost a man guided by his faith.

Born in 1581 in Pouy, south-western France, to a peasant farming family, he was ordained as a priest aged 19 ostensibly to increase his social standing and finances. Though his early motives might appear secular, his epiphany came after he gave a sermon on repentance and the purifying effect of confession. The response of his congregation overwhelmed him as they stood for hours to receive confession. Their appetite for strong leadership through the Gospel provided the impetus for Vincent de Paul’s transformation from parish priest to talismanic figurehead, and it would inform his future work to alleviate suffering in all its forms.

St Vincent de Paul would have witnessed grinding poverty through the prism of his congregation, which provided the impetus to turn the teachings of the Gospel into acts of charity. His reward was another step on the road to the fulfilment of his promise to God.

Looking at the achievements of St Vincent de Paul from a contemporary perspective, it is obvious that he was a supreme networker, bringing together people from every walk of life to a common end. From fellow priests to commoners, from farmworkers to lords, and from atheists to the devout, he rallied support, organised and deployed. 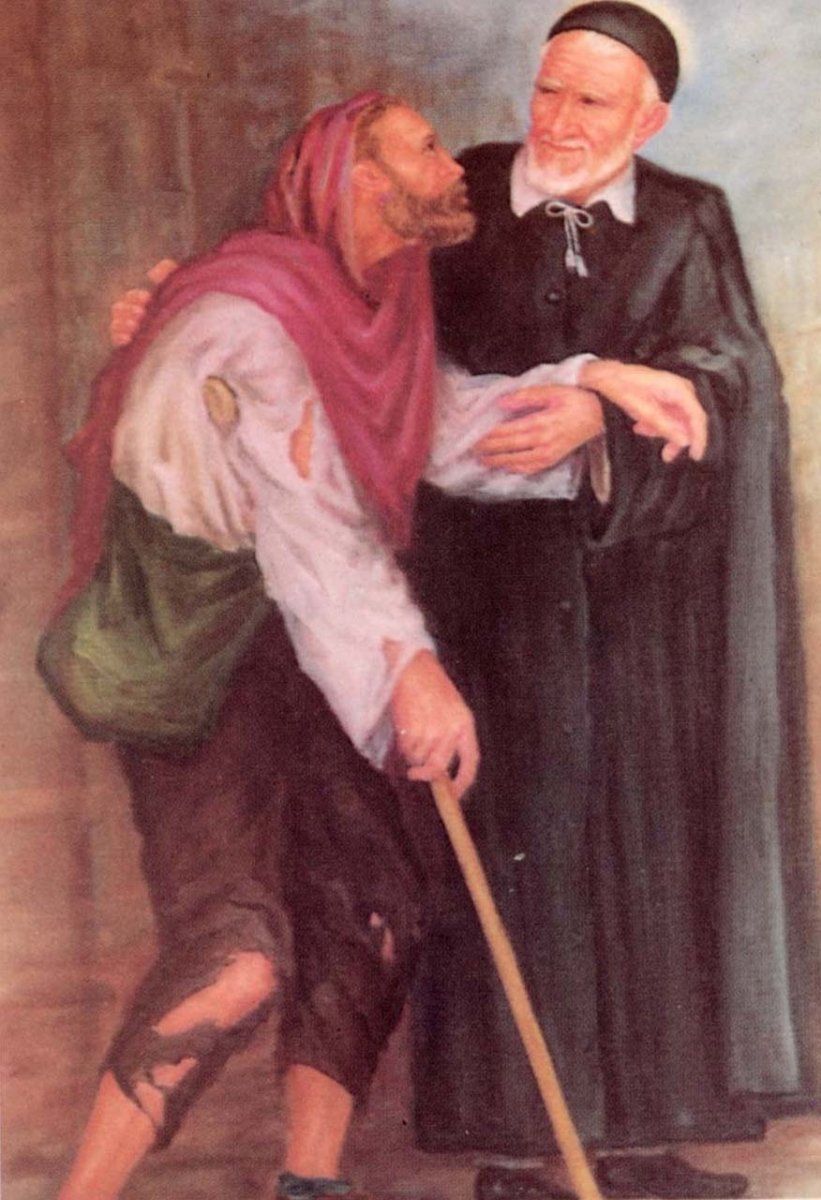 He was a man ahead of his time. He valued and encouraged the contribution of women to the cause, and he recognised that true charity doesn’t end in the distribution of alms, but rather with the recovery of dignity and independence.

He was an innovator who saw that unique situations require unique solutions. He set up a home for the elderly, the Hôtel-Dieu (later the Hôpital de la Salpêtrière) in Paris, and in 1638, he founded the Hospice des Enfants-Trouvés to care for poor children and orphans.

He led the humanitarian reaction to issues such as the 1629 food shortage in France, the outbreak of plague between 1624 and 1640, and conflicts including the Thirty Years’ War, which saw an influx of refugees. He coordinated the collection of food, clothes, tools and money, and his logistics network ensured they arrived safely where they we needed.

These events have a surreal familiarity and resonance in the 21st Century, and the example of St Vincent de Paul; his innovation in the face of adversity, his organisational abilities, his talent to influence political thinking, his capacity to implement projects tailored to those who need them, and his unstinting desire to effect change should also sound familiar. They are the guiding principles of the SVP and they are as true today as they were in St Vincent de Paul’s time and in 1833 when the SVP was founded in Paris.

Ideas can defy time if they are consolidated and reinforced through action, example and results, only then are they driven into our collective subconscious. St Vincent de Paul combined ideas and action to create a humanitarian movement which encompassed support for the sick, the poor, the elderly, children, prisoners and refugees. He should be credited as the first humanitarian, his works preceding the establishment of the International Committee of the Red Cross in 1863 by Henri Dunant, who is often ascribed with that accolade. St Vincent de Paul’s charitable work was driven by his faith, he once said: “Go to the poor, you will find God.” However, his works transcended religion; he recognised the significance of the individual.

“Make it a practice to judge persons and things in the most favourable light at all times and under all circumstances.”

The lessons learned by our predecessors, and the mistakes, are a vital tool as we move forward in an increasingly complex world in which the materialistic often overshadows the philanthropic, and nature must suffer in the pursuit of ‘progress’. The life and works of St Vincent de Paul served as an inspiration to SVP founder Blessed Frederic Ozanam in 1833, and his example still rings true today. He may not have left a library of writings, but such is the power of his achievements that we still live by his guiding example today.

The fulfilment of giving, be that mentally or spiritually, is the natural reward for an act of kindness, and completes the circle of charitable giving.

St Vincent de Paul summed up the act of giving when he said: “Charity is the cement which binds Communities to God and persons to one another…”

The SVP is calling for more members and volunteers to join its mission to tackle poverty in all its forms through a million gestures of kindness. The need has never been greater.

September takes on added significance with the launch of the most vital Awareness Month campaign, as we celebrate the feast days of Bl. Frédéric Ozanam and St Vincent de Paul on September 9 and 27.