Ibrahim arrived in the UK from the Ivory Coast to seek asylum, speaking little English. Today he is a a travel inspector and married father of two who contributes to his parish and community.

Ibrahim, a young Muslim man from the Ivory Coast who spoke no English, arrived in the UK to claim asylum. He had witnessed his father being shot dead and he was wanted by the authorities. He had a bullet wound in his leg.

He had just put in his first claim for asylum when, at 5am, four men arrived at the hotel in which he had been placed. They handcuffed him and removed him. There was no warning. He just disappeared.

After seven days all his belongings were cleared out, including all his documentation. Local SVP members tried to find out what had happened to him, but there was no trace. SVP members assumed he had been taken to Heathrow and removed from the country back to Africa. Ten days later, SVP members were attending Mass when Ibrahim appeared beside them. He was quaking and in a terrible state, shivering all over.

A fellow parishioner was tasked with finding him a place to stay. The local SVP Conference secured support for him under Section 21 of the 1948 Act, which empowers local authorities to make arrangements for providing residential accommodation for persons aged 18 or over who by reason of age, illness or disability or any other circumstances are in need of care or attention which is not otherwise available to them.

Eventually, he was granted leave to remain. He later went back to the Ivory Coast with a British passport and married a Catholic girl, becoming a Catholic himself. They had two children, and later returned to the UK and had their marriage blessed in the church at which he had miraculously appeared following his detention.

Ibrahim was a tailor by trade, and he became the cushion maker for a local upmarket upholstery company. He changed career and worked for a railway company as an inspector. On one occasion he asked to see the travel pass of some passengers, who turned out to be senior executives of the railway company. He noticed that a pass belonging to one of the executives was out of date and pointed it out so politely that he was promoted.

Ibrahim is typical of hardworking people who seek safety and a future in the UK. He contributes to his parish and his community. 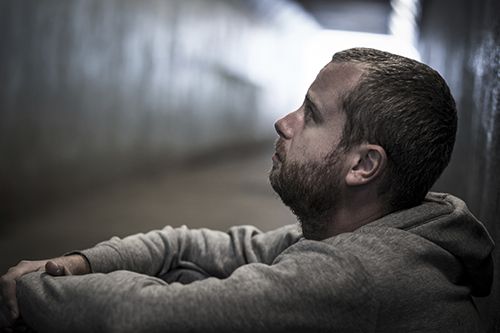 Need to get in touch?

Speak to someone at our national office to see how we can help. Donate today. Our members need your help to rise to this unprecedented challenge.