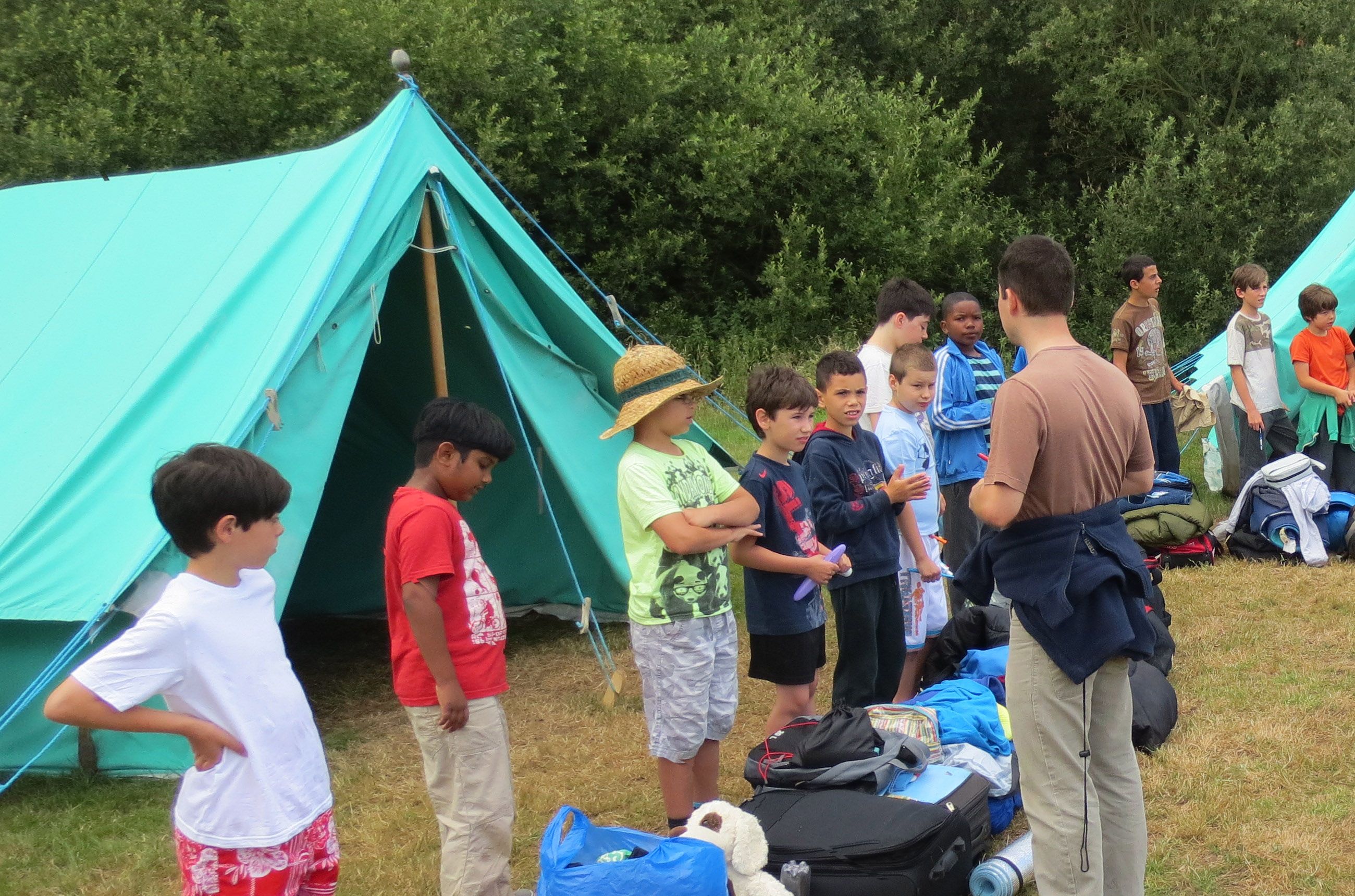 You can help us provide 450 children with a holiday they will never forget... at Brentwood Camp. Every extra helper means we can look after more children.

As a volunteer you will be helping provide an action-packed week for the children. From the moment the children wake up until they go to sleep, we hope that there is always something for them to do. This takes a lot of energy!

Whatever your strengths, the camp needs you!

Where is the camp?

The camp is located near Colchester, Essex, and transport is provided from Central London, Beckton and Harold Hill.

How old do I need to be to volunteer?

We accept both junior helpers from 16 years old and helpers aged 18 and over to apply to volunteer for camp.

What is the application process?

Once we have reviewed your application we will ask you to attend one of our mandatory training days. These days are attended by all our helpers each year and consist of Safeguarding and Health and Safety training.

All first-time helpers will be given an informal interview with a couple of the senior helpers. This gives you the opportunity to ask us questions and also allows the team to get to know you.

Any helper that is over the age of 18 will also be required to complete a Disclosure and Barring Service (DBS) - at time of applying our recruitment team will guide you through the process and inform you of the documentation that you will need to have available.

When are the training days?

As part of the training process, every volunteer must attend a training session each year. Failure to attend will unfortunately mean we that we will be unable to accept you as a helper.

This was my first time at Brentwood Camp, and having previously attended various scout camps, I thought I had some idea of what to expect. However, the combination of 97 girl campers and 35 Sisters and Brothers (which is how leaders are addressed) makes up for an entirely different structure.

For many of the girls on camp, this is not just the only holiday they will have this year; sometimes it is the only holiday they have during their childhood, and also their first time camping. The number of girls who have been in past years and continue to return is testament to how much they enjoy this camp and love returning for more new experiences with their friends.

Activities throughout the week included a climbing wall, total wipe-out style obstacles, a 60ft inflatable obstacle course, laser tag, a glowstick-night party, football zorbing, entertaining science lessons from Professor Chaos and visits to a nearby swimming pool. Each year an educational aspect is added, and this year it was ‘Horrible History!’.  Activities included excavating coins within a sandpit, moulding your own fossils, a treasure hunt and ‘feel for it’ – sticking your hands in various tubs of baked beans/juice/glacier cherries/sweetcorn to find gold coins. The annual Camp fair also took place with around 20 different stalls of various games and activities. Campers also had the opportunity to practise their performances for a talent show which takes place on the last night, where each tent must present an act – singing, gymnastics, dancing, poems and pieces of art were all presented.

At one point, there was a minor disaster with some tents flooding after a torrential amount of rain, and a stressful evening for the sisters who had to quickly move all the girls into various marquees for bed. But the campers loved it! To them, it was another exciting story to tell their friends and family - not to mention,  who else can say they have had a huge sleepover of 40 girls in one tent! As you can probably imagine, there was a lot of noise and very little sleep that night!

Let’s not forget though that whilst not all children who attend are Catholic, this is a Catholic camp where Catholic morals are continuously emphasised and integrated into daily life. There is a full Mass each day said by various visiting priests, some of whom have been visiting camp for many years and prayers are said before and after every meal. On the last day, a prayer/reflection corner is set up so the girls can discuss what they have enjoyed most on camp and the things they have learned from one another.

I believe each and every girl had a great time at camp, with memories created and friendships made. Many expressed their wish to return for another holiday next year, and alongside the fact many of the Sisters and Brothers are previous campers, it shows that once you’re part of Brentwood Camp there’s no backing out!

Brentwood. A name that pops up in conversation from time to time during secondary school banter, and truly a fond memory of my childhood. “Once a brother, always a brother”, a phrase I had always heard since I was 8 years old but never quite understood.

I went to camp as a boy, looking forward to the activities that were on offer every summer. Before my first time, I was apprehensive about the idea of spending a week under a tent in a field in Essex. However, having warmed up to camp after a few days, just like many of the boys I became used to the Camp routine, with the echoing sound of 'Food Glorious Food' and the 'Countdown' clock.

I particularly enjoyed the range of activities on offer, canoeing and archery being two noteworthy activities I hadn’t experienced before going to Brentwood. But never as a boy did I consider the teamwork behind organising my week-long holiday.

I signed up to the brother experience at the end of my A Levels, to not only relive the nostalgic memories I had as a boy, but to give back and show my gratitude for all the fun times I had every summer.

The Brentwood experience was like no other volunteering job. The diverse involvement that a Camp helper has in different day-to-day roles is testament to this. From helping out in the all-important kitchen, to organising and coordinating activities with the more experienced helpers - no day was a normal day.

There was always a constant enthusiastic attitude amongst the helpers so that we could deliver a unique holiday for the boys. We participated from time to time in boys vs. bristers (brothers and sisters) football before and after meals, to let off some steam between shifts of rota-based jobs that we had to carry out.

All in all, the experience of being a Brentwood brother was simply just an extension of the process I began as a boy. The Camp was an indispensable part of the shaping of my childhood and teenage years. Through the support system of the boy and helpers structure, I was able to learn, both as a boy and a brother and become more mature as a young adult, being able to take positions of responsibility.

I would definitely recommend this experience for anyone who wants to get experience and transferrable skills. But also, I encourage those who just enjoy being part of a great community that has passion in helping others.

If you have specific questions which are not answered by our FAQs, click here to contact a member of the volunteer team.